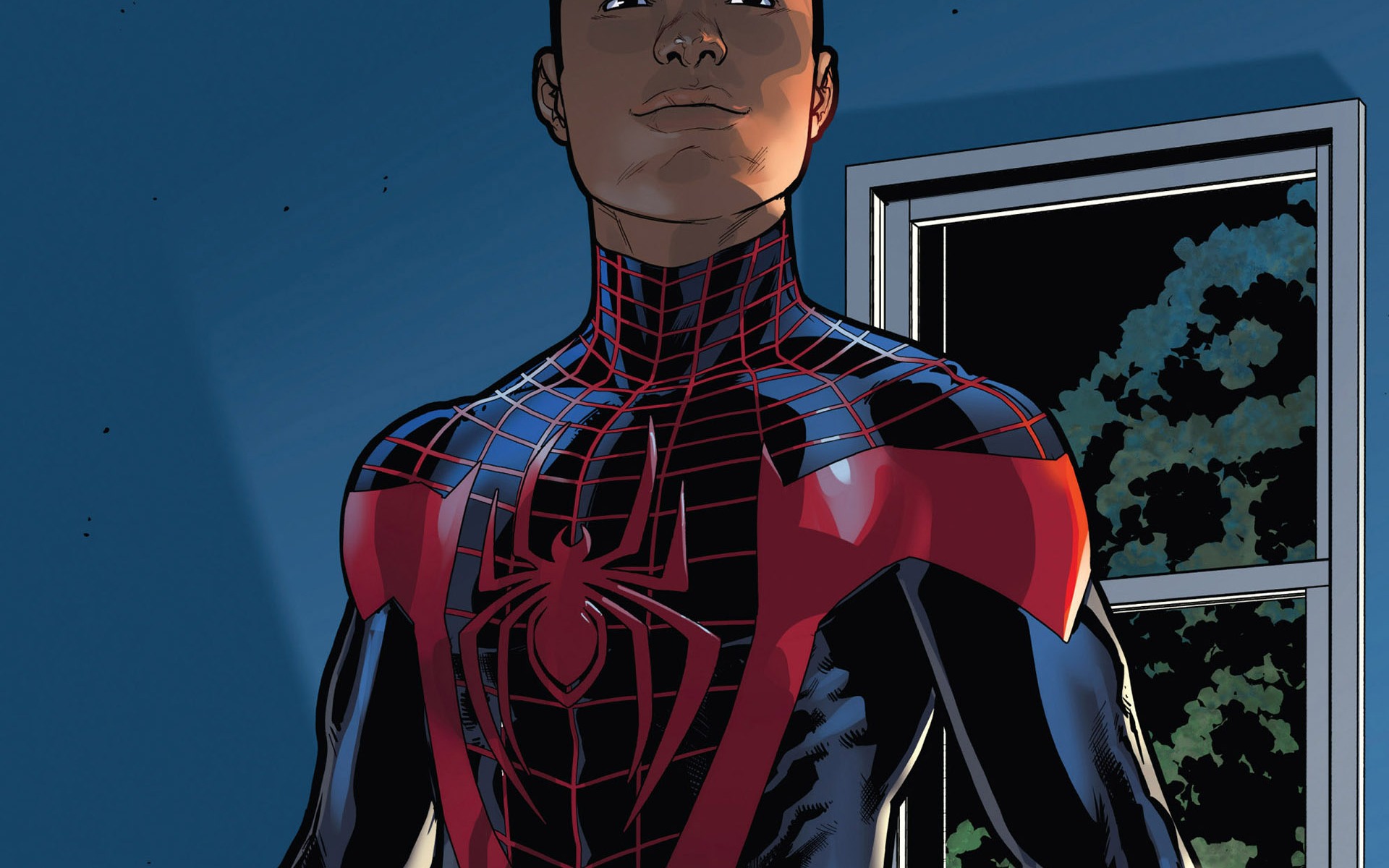 Finally Donald Glover (Childish Gambino) got his wish to play Spiderman, well sort of. Spider-Man: Webbed Warriors is special episode of Ultimate Spider-Man premiering this Sunday at 9am on Disney XD and it features the one and only Miles Morales voiced by Donald Glover! Remember way back when in 2010 when Glover expressed his feelings of unfairness via Twitter about not being able to portray America’s favorite arachnid in the then next live action movie Amazing Spiderman? He auditioned for the role which spawned the campaign/hastag #donald4spiderman. Stan Lee even supported the notion for him to audition. The campaign became so prevalent that Marvel eventually decided to create the first African American Spider-Man. Miles Morales was created in the likenesses of Glover, the character has become a staple in Marvel Comics. Below are screen shots from the episode and a quick teaser.